Scam Companies  (Companies that just care about your money, not service)

Richard's Handyman Services  (107 Standish Ave., Providence, RI)
This business DOES NOT meet BBB standards. He did an absolutely terrible job wallpapering a small bathroom, left the job unfinished and dirty, and even cracked floor tiles. I've left messages and sent two letters billing him for the cost to redo the job and have the tiles repaired. I had tile work done in July for $1100.00 and now the floor is damaged! Do not hire! He totally misrepresented his ability. When he put up the first two pieces of wallpaper and asked, "Do you want these to match?" ( they didn't) I should have told him to leave. He told me he had been wallpapering since 1971!?!?! Lesson learned - don't go with the cheapest price.

See what happened to us with Richard's Handyman Services in RI:

Good luck with this unincorporated company! The owner is a neighbor, Richard Faoila, and took my wife and I for $150 on 8/19/2016. We gave him cash to buy the materials, he did not give us the receipts but some old tiles he had leftover. He had agreed to help us on weekends and nights but once he had the money he said only business hours!

He had estimated this small job tile work for $300. After he tacked on about $150 more and unlimited cost overuns before he even begins! I said why did you say $300? He said "Oh, Oh, Ohhhh, wow, I'm sorry, ahhhhhhhhh...!" Believe me, he steals.

He seems to have a very hard time communicating.  I wrote him several times, called him up, wanted to give him back his old tiles and get my money back. He never answered my text, voicemail, or emails! Aren't we supposed to by law get our money back in 30 days or so in RI? It was only the first three  days I asked for my money back, no cigar!

He took our $150 and told us that he had a bill to pay with our money. That was the first red flag. We meant it not for his bills but for our new tiles! The 2nd red flag was when he did not buy new tiles and give us a receipt. He is using some old tiles and said some may be cracked! The 3rd red flag is his knowledge of tiling a kitchen. He was going to put the tile on paneling. I didn't know. I found out from other contractors and the Internet that putting tile over paneling is a big RED "NO NO!"

He does not listen but he drools for your money. Richard Faiola did not return our phone calls or his emails. We did submit a BBB complaint but just to warn others, hopefully, that they do not get stuck with this one man show he calls a business. He's no expert on anything.

We had a fence put up with him and he messed it up a while back. Later, my wife and I had to do over the gate completely with stronger hinges and built with cross bows to give stability. I should have learned my lesson but that was paying per hour. If you do not pay per hour, he will add to it materials, after a fix quote, and then cost overruns because it was more work than he estimated, which he knows is going to be this way with him on every job. It's how he increases the cost. I told him I wanted a fix price. He cannot do that. Pay him by the hour and stay on top of him or he'll have a smoke break every ten minutes and you'll have cigarette butts all over the place.

We had $1,000's of more work. He lost it all. Right now he scams! We have our own REVIEW board, www.eProReviews.com, but Richard's company has no reviews except for the BBB. No positives, one negative. He has hardly any work. I do not recommend his company. Again, he's a one man show!

Again, what most outraged us was he was going to put tile on paneling. I looked it up. That's a "NO NO!" Can you believe it? I should have listened to my neighbors with a messed up vinyl fence, windows, and tree work they all complained about. Sometimes and maybe most times, rumors are true. From now on, if a contractor is not on Angie's List or Home Advisor or any of the big credential boards, I'm going to do full research and make sure the reviews are good.

There was a ﻿bad review on the BBB﻿ I wish I had read before I talked with him about doing more work for us. He had a bad accident a few years ago where, working as a one man show, he cut off some fingers. That's another red flag. In this last case, he did nothing but give us old tiles I now have to throw out because I cannot return it, since there is no receipt and it is not new.

AVOID Richard's Handyman Services!
Paolucci Family Dentists  (31 Smith Street, Providence, RI 02908)
They are a mill house, get you in, get you out. Many new Doctors in and out. I had a Chinese Doctor that quickly did my tooth wrong. She didn't last long. I found out that one other woman Dentist there had been fired 4 times from other companies! Dr. Anthony Paolucci, just coming out of school, Jr., tried to fix it but ended up drilling too deep. All Dr. Paolucci needed to do was trim the extra filling that the Chinese Doctor put on my tooth (to cover up her failure) but "NO," he had to do the filling over again but screwed it up so bad that now he needs to do a cap. I was not born yesterday, I know inexperience when I see it!

​$2,000 plus later, as I moved on to better Doctors, I found out that I lost one tooth that cracked because they did not know how to fix it. My new dentist did know how to fix a crack tooth. At times, the parking there is so bad, I got hit twice.

You have to park on the street. A few times, they charge a lot more over coverage, like an after thought, as they tried to make more money. The clerk that greets you has a lousy personality. They all seem very unhappy and confrontational. There are many internal problems over there. They said costs are going up even though when my wife and I went there, they promised they would never go above your benefits. I argued with them with them but they treat you like shit!

They make so many mistakes that they always charge more. Please, if you care about your teeth and pocketbook, go  somewhere else. One time I was there for a cleaning and they ran out of time. By the time I got started, like 5 minutes later, they rushed it to get to the next patient. It's very unprofessional! Tip: Find a small dentistry with not a lot of overhead. I did and I'm happy now!
North Providence Tire & Auto  (1968 Mineral Spring Ave., North Providence, RI 02904)
Bob Laurito put two screws in our tires and sanded down the sidewalls of our rather new Michelin Tires, all 4 of them, and then telling us we had New England weather wear on our tires and warned us that we had a screw in one when he realize we were not going to buy their new tires. We only buy the best, Michelin, which they do not handle.

Yes, I have pictures he did this before he worked on it! He made the tires look old with a lot of thread on all 4 tires... he tried to scam us and I emailed them about it but they did nothing about it. The other two brothers are quite honest, not Bob, he wants to sell his old tires and will resort to this act of doing harm to your vehicle. No doubt he got the email and deleted it, like Clinton, lol.

So, imagine, two holes purposely put there (he stuck two screws in two different tires). which could have endangered our lives. What he didn't realize is that I checked my car and take pictures upside and down before I bring my vehicles in for oil changes and I'm glad I did because I now know that Bob is as crooked as they come. He's short in stature and has some real problems!
Balise Subaru  (561 Quaker Lane, West Warwick, RI 02893)
Do yourself a favor and know that these recently certified young mechanics are learning and underpaid. They put two holes in a makeshift fix on my wife's Subaru Forester 2004 air conditioner system. They somehow ruined her air conditioner. They repair brand new cars and look for the easy way out.

​Balise will not compensate you and we complained and complained. We wound up going to a real mechanic. However, the damage they did with rookie mechanics was permanent. If you want to pay 4x too much and get mediocre work done (on a warranty too), then go here. They are big and have a lot of overhead. I know. I saved myself about $2,000 by getting my work done at another place when I needed body work. They will take your money and more!
It's About Time  (179 Providence Place, Providence RI)
Their watches are over 400% overpriced.  The scammer proprietor there makes a fortune, for example, selling you a U80 Smart Watch, compared to Amazon that sells it for less than $14 with FREE shipping and no tax. $53 for same watch there. Don't get scammed!
Providence Place Mall  (179 Providence Place, Providence RI)
If you want to spend money foolishly and get ripped off everything high prices and tourist trap, go shopping there. If you don't bang your car up there, get it robbed, scratched, and don't mind crowds of people and scammers, it may be your perfect place. Also, be prepared for most elevators don't work, rude people, and about 45 minutes to exit this place and 2 hours, if an accident. No fun!
BBB
Click on the Link to see this site's article on why the BBB is a scam catering to only paid members! 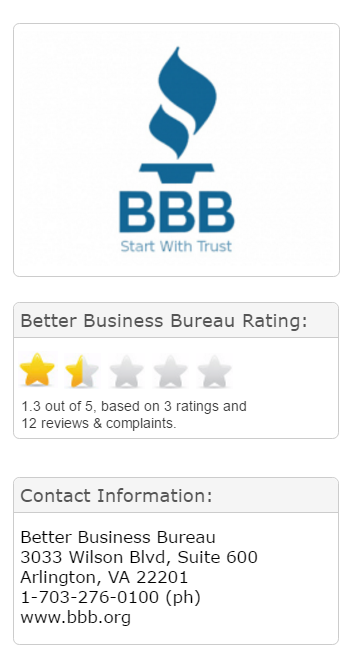 Click here to see why the BBB will give you an "F" and use Mafia techniques to get your company to pay money or else! 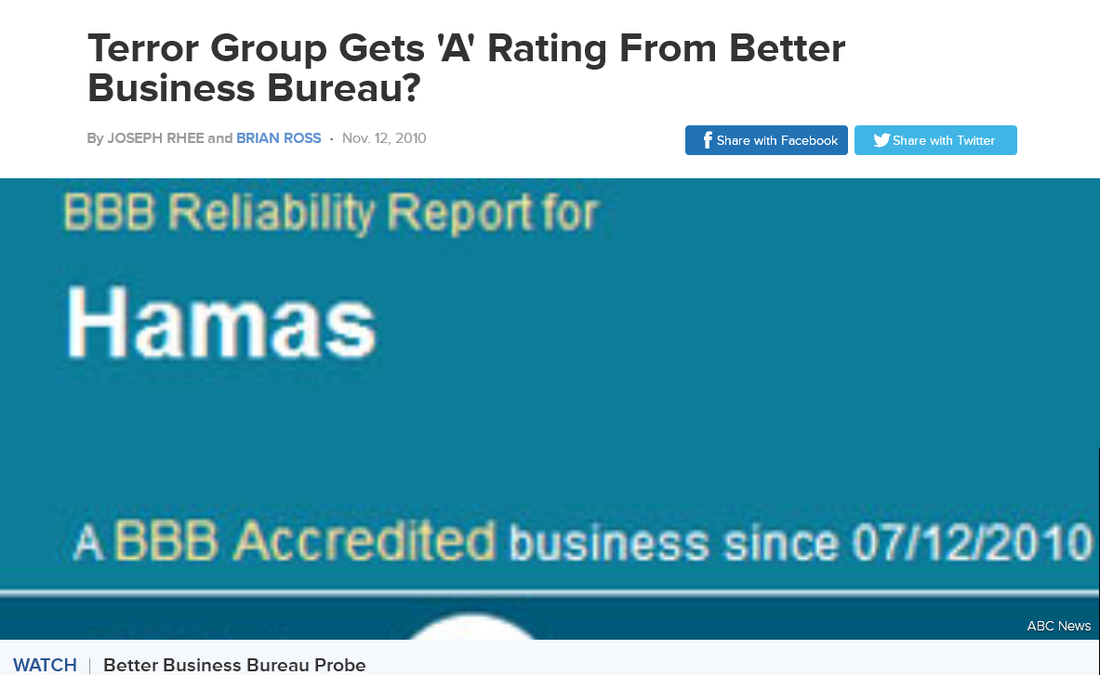 "What’s clear as day is that the BBB does absolutely zero due diligence on the companies they grade. They mislead the consumer into believing some businesses are great when they in fact might not even exist, and that other businesses are frauds when they in fact are excellent businesses with a great track record of outstanding products, services and customer relationships. The sad part in all this is that the consumer is being ill served, and small businesses are being driven out of business (with the corresponding loss of jobs) in these perilous times, just so the BBB can line its pockets with ill gotten gains."